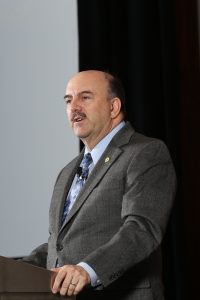 What are the key things that are driving economic development and growth around the country? During the Redevelopment Forum plenary session, moderator Chris Zimmerman, Smart Growth America’s vice president for economic development, suggested that a quick look at what Amazon is seeking can help answer that.

Urban Opportunity
Most locations won’t secure Amazon, he noted, but companies make location decisions all the time, and New Jersey needs to be thinking about how it can make itself attractive to them. In a Smart Growth America examination of companies across the country that had moved from suburbs to city centers between 2010 and 2015, company representatives said they moved because downtown locations are where workforce talent wants to be. Access to multiple modes of transit is also key, and office rents in transit-rich places reflect this demand, showing a significant premium compared to space that isn’t well served by transit.

Zimmerman pointed to three key drivers of this new push for downtown living: a shift away from manufacturing to a knowledge economy; the retirement of the Baby Boom generation; and the rise of the Millennials. Both Baby Boomers and Millennials are expressing new preferences for where they want to live and work, and those who don’t want to live in a big city still want to live in a traditional, walkable place, giving rise to greater demand for what are called “18-hour cities.” Even smaller communities, Zimmerman said, can offer this.

Suburban Challenge
Conversely, in the suburbs, the type of both residential and commercial real estate that’s available increasingly doesn’t match market demand. Nationally, Zimmerman said, the housing stock is 62 percent single-family, primarily in the suburbs, while only 22 percent of households are married couples with children for whom this housing makes sense. At the same time, he continued, starter households and downsizers will account for 84 percent of the new housing demand by 2035, meaning we will continue to struggle to catch up to the demand for housing for them.

Another result of the migration of Boomers and Millennials to downtowns is a significant change in suburban demographics, including more people living in poverty, and more residents age 65 and over. These groups tend to place greater demands on services than did the wealthy families who lived in these suburban places previously, putting new strain on municipal budgets. In addition, the bill for much of the infrastructure that serves suburban areas is coming due, just as the property tax base is being threatened or shrinking.

But, Zimmerman finished, all is not lost for these suburban areas. Many suburbs can leverage their existing assets to remake themselves in a new, walkable image in order to capitalize on current market demand. The future vitality in the suburbs will come from revitalizing Main Streets and legacy downtowns, and retrofitting newer suburbs. Many New Jersey communities, he said, are well-positioned to do both.

Session panelists Michellene Davis of RWJBarnabas Health, Kären Haley from the Indianapolis Cultural Trail, and Jim Kennedy, assemblyman and former mayor of Rahway, then weighed in with lessons from their efforts to drive economic development in their communities. Development of the Indianapolis Cultural Trail, Häley said, has led to an increase in the value of downtown trailside properties of $1 billion between 2007 and 2014. The trail was built with private money, she pointed out, and the city has seen a great financial benefit. Had they been able to foresee the economic success of the project, they may have worked harder to include public financing and public leveraging. For instance, a locally-created improvement district, would help to raise funds for important public and economic development projects adjacent to the trail. 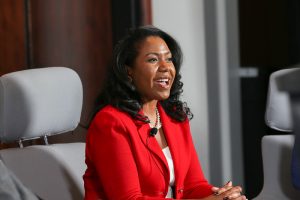 Michellene Davis then discussed the need to pay more attention to social issues that affect revitalization — things like employment, food access and security, stable housing, and violence. Health systems have a presence in urban areas, she said, but historically have not done well in addressing these social issues outside of their own four walls. She cited the importance of things like hiring locally and purchasing locally, often difficult for large, complex organizations with centralized policies. She urged all institutions in revitalizing areas to ask: Have their internal operations contributed to external distress? If we can lower the percentage of the local spending power that is taken up by health spending, she finished, that money can be spent on other things in the community. Last to speak, Assemblyman Jim Kennedy, the former mayor of Rahway, brought a local perspective, talking about the steps his city took to revitalize its downtown. First, he said, they evaluated the city’s assets: its train station, hospital, and arts center, as well as Merck’s research campus there. They then wrapped those assets into a plan, using cultural arts as economic stimulus. They created an R&D zone, which allowed Merck to invest in it, and they built more housing, in an effort to increase the downtown population at least 10 percent to help support its businesses. To help revitalize downtowns generally, Kennedy called for stronger bus transit service, and for looser controls on liquor licenses in redevelopment areas. Liquor licenses, he said, are a reflection of a trend toward “community,” including the growing preference for eating and drinking outside the home — a key element of the 18-hour cities to which Zimmerman referred.

Three other key themes emerged from the audience Q&A portion of the session: